The perfect storm of these three challenges led to a toxic culture and extreme frustration. Remote members were subsequently withholding payments, and tossing their membership card at the board to quit. “Sue me” was their response. Without a complete financial turnaround, the club was in deep trouble.

Many more people were trying to escape the club than those who were trying to get in. The Board, because of its makeup could not clearly see that the club was in very deep trouble. They were hemorrhaging $2 Million per year at the time.

With such a complex series of problems, numerous solutions had to be deployed quickly at this club.

The first step was was to help club leadership recognize and understand the real problems they were facing. We initiated a comprehensive facility competitive analysis to determine how the club was positioned in the marketplace, and whether the facility was even remotely competitive for bringing in net new business. Of course, it was ultimately apparent that the club was not positioned competitively at all. The analysis served to make the Board aware of their dire situation, and get full buy-in that things needed to change quickly.

Sitting Board Members typically are very successful and intelligent people.  The know their own industries and businesses, but most do not come from a golf industry background. They are not generally familiar with standard performance metrics necessary for long-term sustainability. Deep dives into each and every financial line item revealed considerable opportunity for immediate cost containment without sacrificing service levels or Member experience in any way. The Board became well aware of the $6 Million elephant in the room: The ferry boat and transportation system. The club simply could not survive.

We needed to find a Board Members who would be charismatic and open-minded enough to champion this cause. The Members needed to provide Management with the support and freedom to make required adjustments to move the club forward. The newly elected Club President became that person. Although his background was in Corporate America, he had a very entrepreneurial mindset. He convinced the Board to give Management one shot to fix the cultural issues at the club, balance the budget, and build a foundation for future growth.

In light of the competitive analysis, Management was able to craft relevant membership offerings and revised pricing levels. Mutually agreeable programs allowed for these members to escape captivity, dramatically improving Club culture and outlook. The toxic environment at the Club was alleviated. Many Members eventually removed themselves from the exit list ane revitalized their interest in the Club.

The membership revision also deployed creative opportunities for all of the remote Members who were struggling with the “Black Hole” situation. We developed solutions for collecting on delinquent dues accounts and provided viable options for these people to consider utilizing facilities once again. Programs included strategic partnerships for greatly discounted lodging for entertaining friends and visitors in the extraordinary location. Now, customized entertainment packages for groups of 8, 16, 32+ were marketing to Membership and crafted with input from the customer.

Resident members live in beautiful, large oceanfront or secluded homes on the island. We developed opportunities for these Members to put these homes in a rental pool to facilitate the growing demand for vacationing and entertaining remote members. This was a great win-win circumstance for all members and for the Club as well.

Ultimately, the only hope for a complete financial turnaround was to address transportation expenses. We conducted a detail ferry system utilization and cost analysis during the busiest months of the year. Results revealed that operating hours and trip frequency could be optimized to reduce costs. We eliminated the water taxi after 2:00 am except in the event of medical emergency. Regular ferry runs were are reduced during off-peak months based on utilization data we had acquired. The impact on access was only minimal, while cost savings were tremendous.

The Outcome: A Remarkable Financial Turnaround

Today, the Club stands as a shining example of how data serves to inform strategic decision making. Detailed analysis not only educated Management and the Board on opportunities in the marketplace, but served as an irrefutable tool for achieving necessary buy-in to execute change.

The supply and demand death spiral has been reversed. Members are utilizing the Club and bringing in groups and accompanied guest play like never before.

Ultimately, the Board was true to its promise to give Management the opportunity to bring expert, yet data-backed solutions to their Club. In the very first year, we transitioned from a $2 Million operational loss back to an operational gain of nearly $1 Million.

The Club is healthy, the culture has returned to vibrance and positivity, and Members now are enjoying the high-end recreational experience they originally signed up for. 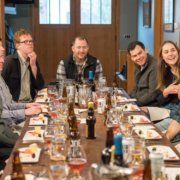 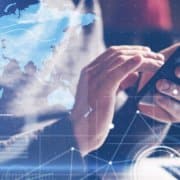 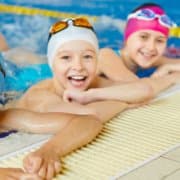 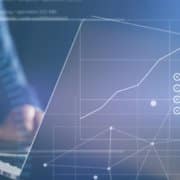 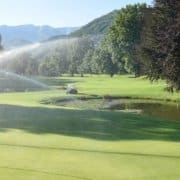 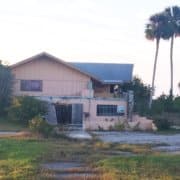